8 Amazing Benefits of Having Flowers in Your Home

Author Hans Christian Anderson once said, "Just living is not enough… One must have sunshine, freedom, and a little flower."

Indeed, freedom is something we can all get behind as a vital element of happiness, and an increasing body of research has found that spending time outside in the sunshine is crucial for our mental and physical well-being. But now, a new study from the University of North Florida, has found that having flowers in one's home does a lot more than simply enhance your living room's aesthetic appeal.

"There is a growing body of research that illustrates how environmental design positively impacts health," Erin Largo-Wight, Ph.D., Associate Professor of University of North Florida's Department of Public Health and lead author of the study, said. "Now it is both intuitive and scientifically known that adding elements of nature, like flowers, to interiors promotes well-being."

Read on for some of myriad benefits that you can expect from the simple act of adding flowers to your home. And for another easy way to lead a calmer existence, read Feeling Stressed Out? Science Says to Wear Your Partner's Shirt. 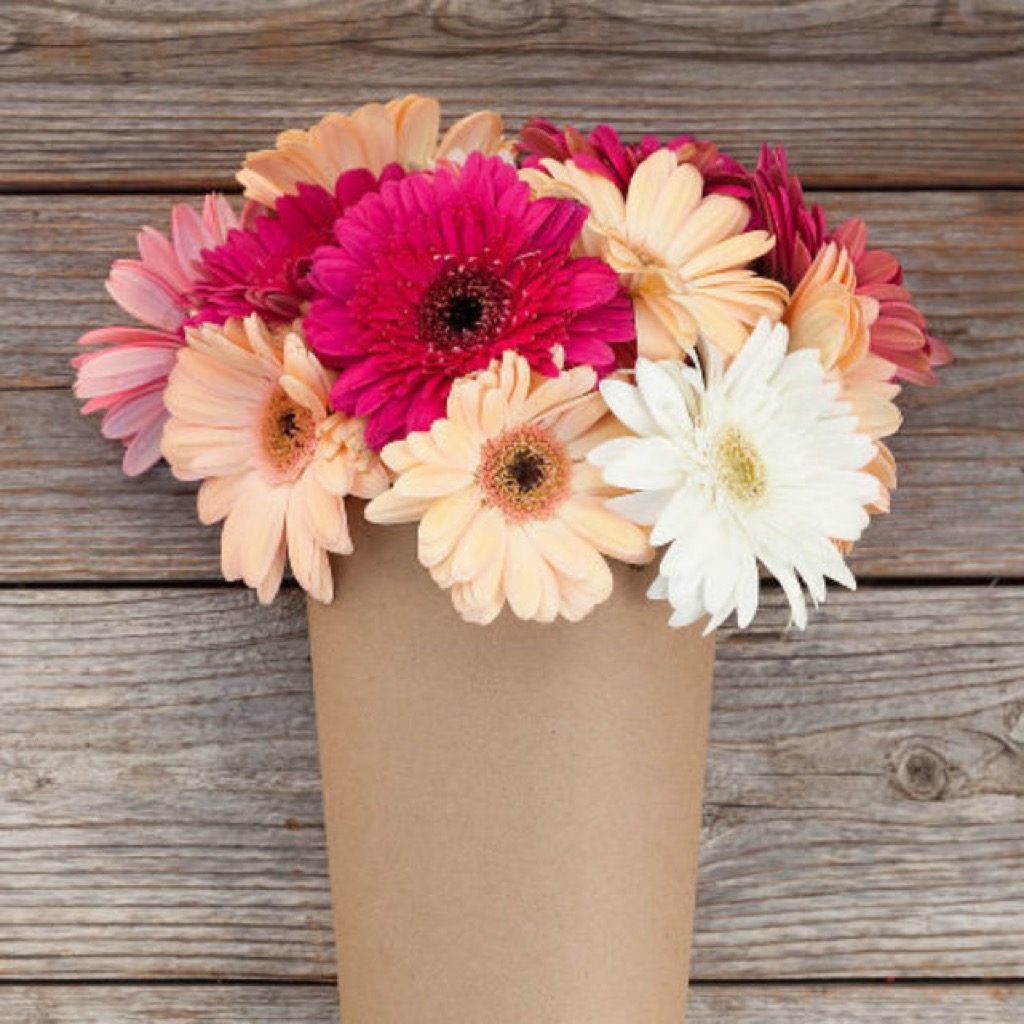 The study cites a recent survey that found that 68 percent of people feel stress on a weekly basis, and another 32 percent feel stressed every single day. Women are especially affected, with one in four reporting that they feel stressed out multiple times a day.

The two-month study asked 170 women aged 18-65 to fill out Perceived Stress Questionnaires at the beginning and end of their 12-day participation, which included 30 statements such as "you feel mentally exhausted," "your problems seem to be piling up," "you feel discouraged," and "you have trouble relaxing," with a four-point scale ranging from Usually to Almost Never.

After five days, some were given nothing at all for their participation, others were rewarded with a luxury candle, and others were given freshly cut flowers. Of the options, the flowers were found to have the most stress-relieving impact, and the women that received them experienced a 5.5 point reduction in stress based on the questionnaire, as opposed to only 2 points in the other groups. For more ways to bust stress, see these Genius Ways to Be a Stress-Free Email User.

2. They boost your mood 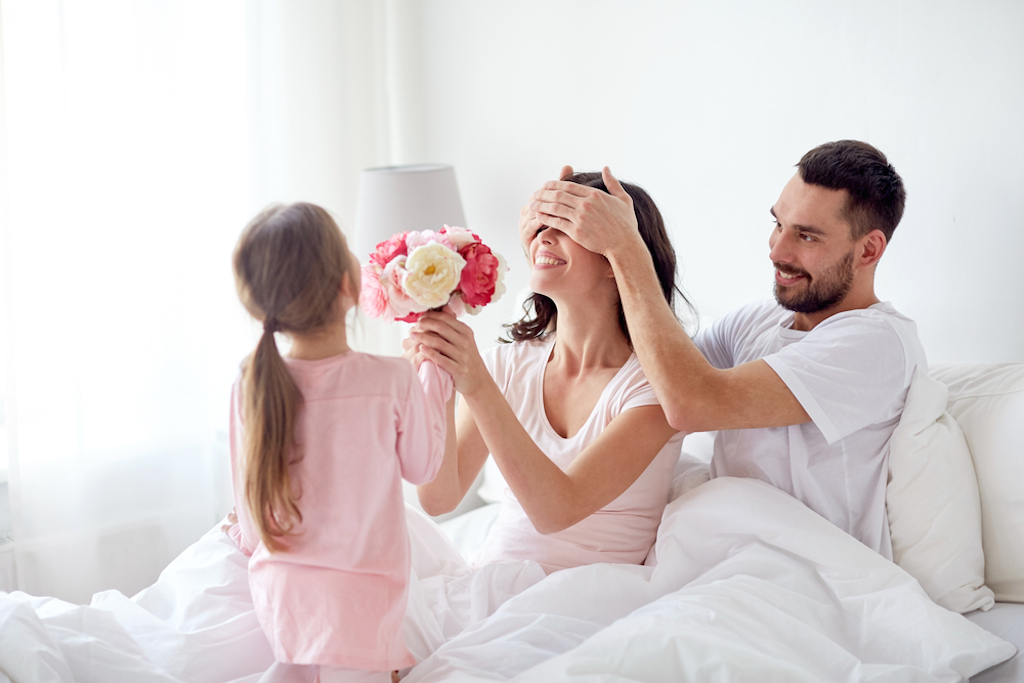 The study notes that women who received flowers overwhelmingly reported that they improved their mood. Researchers believe that this is because "flowers provide the opportunity for nature contact, an established health-promoting environmental exposure."

This study focused entirely on women, which is no surprise, given that women are traditionally seen as the recipients of flowers. But a 2005 Rutgers study found that flowers induced a very positive reaction in both women and men when they were randomly handed out to people in elevators.

"We suggest that cultivated flowers are rewarding because they have evolved to rapidly induce positive emotion in humans, just as other plants have evolved to induce varying behavioral responses in a wide variety of species leading to the dispersal or propagation of the plants," the study reads.

4. They bolster your relationships Research has found that being around flowers increases the level of compassion that they feel for others and are more willing to extend a helping hand to those in need. As such, they tend to enjoy better relationships with others. For more on how being conscientious can improve your relationship with your romantic partner, check out why Science Says People with This Personality Trait Have Better Sex.

5. They boost your memory

One of the experiments in the aforementioned Rutgers study involved analyzing the effect that flowers had on those aged 55 and above. The fact that the flowers boosted the moods of the senior citizens was no surprise. What was unexpected is that they seemed to have a positive impact on their episodic memory.

The explanation for this comes from another study which theorizes that, within human evolution, the flower has emerged as one of "a handful of plants that manage to manufacture chemicals with the precise molecular key An Environmental Approach to Positive Emotion: Flowers needed to unlock the mechanism in our brain governing pleasure, memory, and maybe even transcendence."

Which is to say that because flowers are so fragrant and the smells are so strongly linked with memories, flowers have the potential to activate and therefore exercise the parts of your brain associated with memory. Amazing!

6. Some even help you sleep 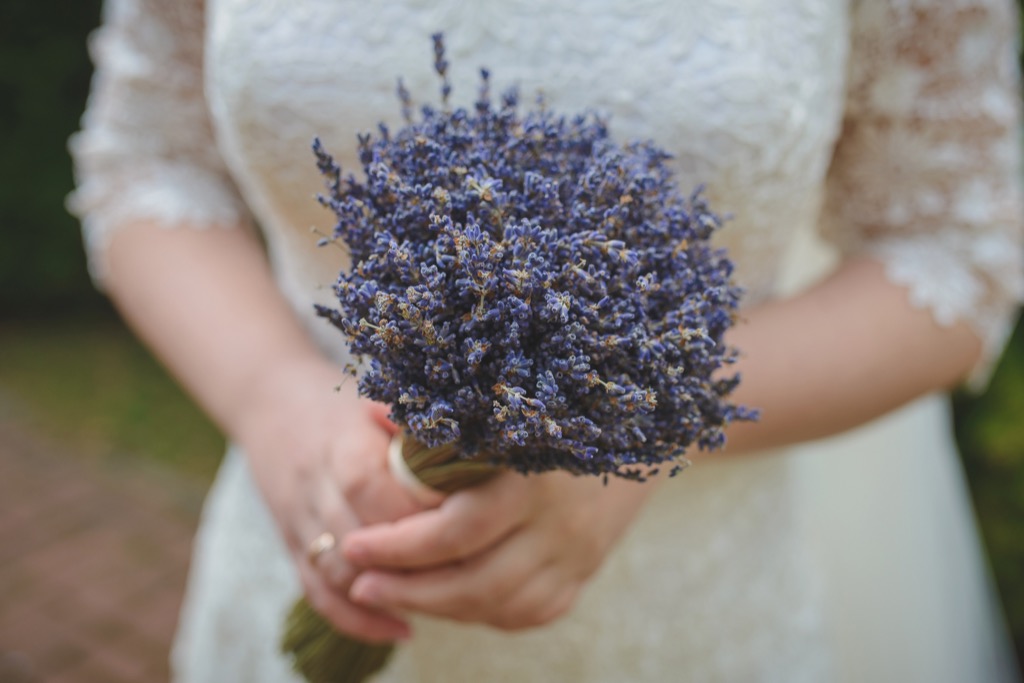 Lavender has long been believed to be a great, natural aid to sleep. To test this theory, Wesleyan University researchers asked 31 men and women to sniff lavender essential oil on certain nights in a sleep study, and found that, when they did, they reported feeling more well-rested and energetic the following morning. For more on how to get the best sleep of your life, check out This Is the One Thing You Should Never Do Before Bed.

7. They actually help you physically heal 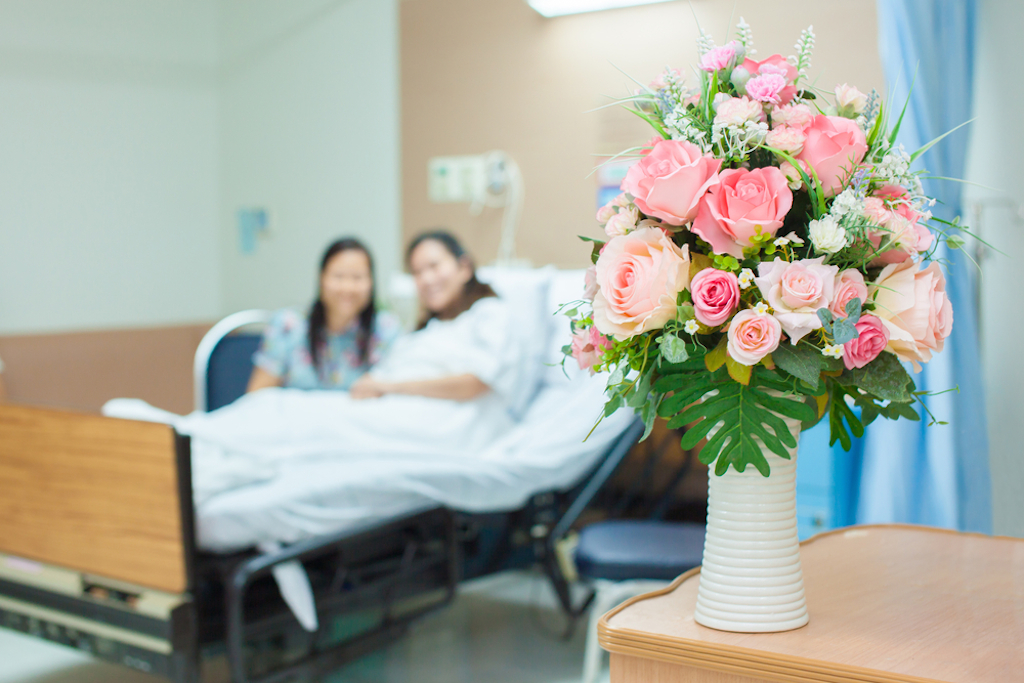 One study of 90 patients recovering from a hemorrhoidectomy in a hospital found that patients who were placed in rooms containing flowers "had significantly more positive physiologic responses evidenced by lower systolic blood pressure, and lower ratings of pain, anxiety, and fatigue than patients in the control room."

Those who had rooms containing flowers also felt more positively about their rooms and made them feel more cared for, leading to improved recovery rates. For more easy ways to relieve physical pain, check out Why Scientists Say Holding Hands Is Amazing for You.

8. They seriously up your sex appeal Nowadays, it's fairly rare to see a man carrying flowers to a first date, which is a shame. A 2010 study found that women rated men in videos as sexier when sitting in a room filled with flowers than in one with empty vases, and they reported feeling more likely to go out with them.

In another experiment, the researchers asked an attractive man to request the phone number of 600 women in a shopping mall, and found that asking them in front of a flower shop boosted his success rate by more than 10 percent, indicating that the mere presence of flowers is enough to make a man seem like a more desirable candidate for romance. This indicates that perhaps bringing flowers to a date is one of those Old-Fashioned Relationship Tips That Still Apply Today.

To discover more amazing secrets about living your best life, click here to sign up for our FREE daily newsletter!

Diana is a senior editor who writes about sex and relationships, modern dating trends, and health and wellness. Read more

8 Amazing Benefits of Having Flowers in Your Home

Bloom boom: Malaysians get passionate about pot plants
This website uses cookies to improve functionality and performance. If you continue browsing the site, you are giving implied consent to the use of cookies on this website. If you want to know more or refuse consent, read our Cookie Policy.
Read More Accept